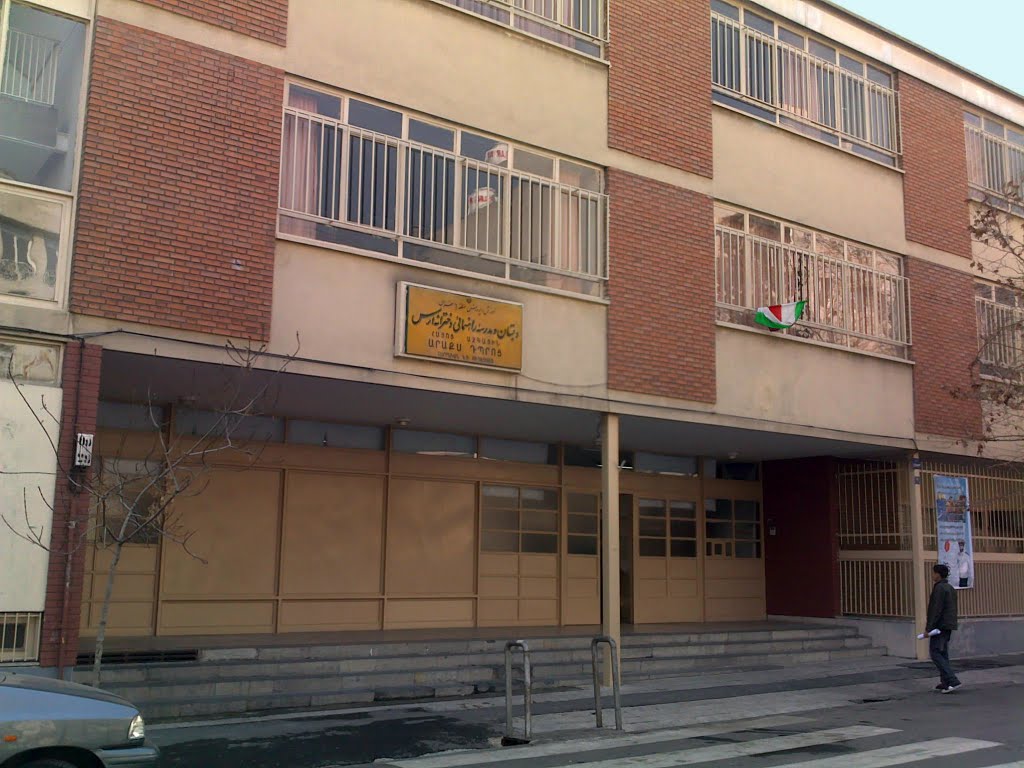 My primary and middle school education took place in an Armenian institution in Tehran. Although the school was exclusively for Armenian children, the curriculum was taught in Farsi with two hours of Armenian lessons per week.

The road traffic accident happened in the summer before I was due to start high school. I acquired a brain injury, resulting in some sensory and physical impairments. I was hospitalised and received rehabilitation treatments including physiotherapy, speech therapy and occupational therapy; I therefore missed out on attending school that year. Eager to return to education, I made a fresh attempt the following year.

To my disappointment, after attending the school for only six months, it became clear that my access and educational needs would not be met. My classroom was based on the first floor of the building, which meant that I needed to go up two flights of steps every morning and down again every afternoon. My balance and mobility were poor, which meant the school was not a workable option in the long term.

In addition, there were no alternative format textbooks available. All the teaching materials were taught from standard small print books and written out on the blackboard. I am registered blind, so accessing the teaching materials in this way was impossible. My parents and brother assisted me wherever possible and as much as they could, for example, by supporting me daily with the steps to the classroom, photocopying the handouts to enlarge them five times over, reading out the textbooks and generally advocating for my needs. However, in the end I felt that keeping up with the rigid demands of a mainstream high school in this fashion was not sustainable for me; the physical and educational barriers were multiple and multi-faceted.

With the teenage years being the most fruitful and fertile for learning, without access to adequate schooling I was unable to nurture this process and this part of myself over the following four and a half years. I kept busy by translating children’s stories from Armenian and English into Farsi, painting, and receiving English and German lessons. That said, most of my time was spent worrying about my future. My parents were equally concerned about the prospect of an independent life for me, which created some unavoidable tensions in our family.

Finally, in a twist of fate, opportunities became available to me in the United Kingdom, and grasping them would transform my life.

Next: Royal National College for the Blind, Hereford, UK